The Juice of Life 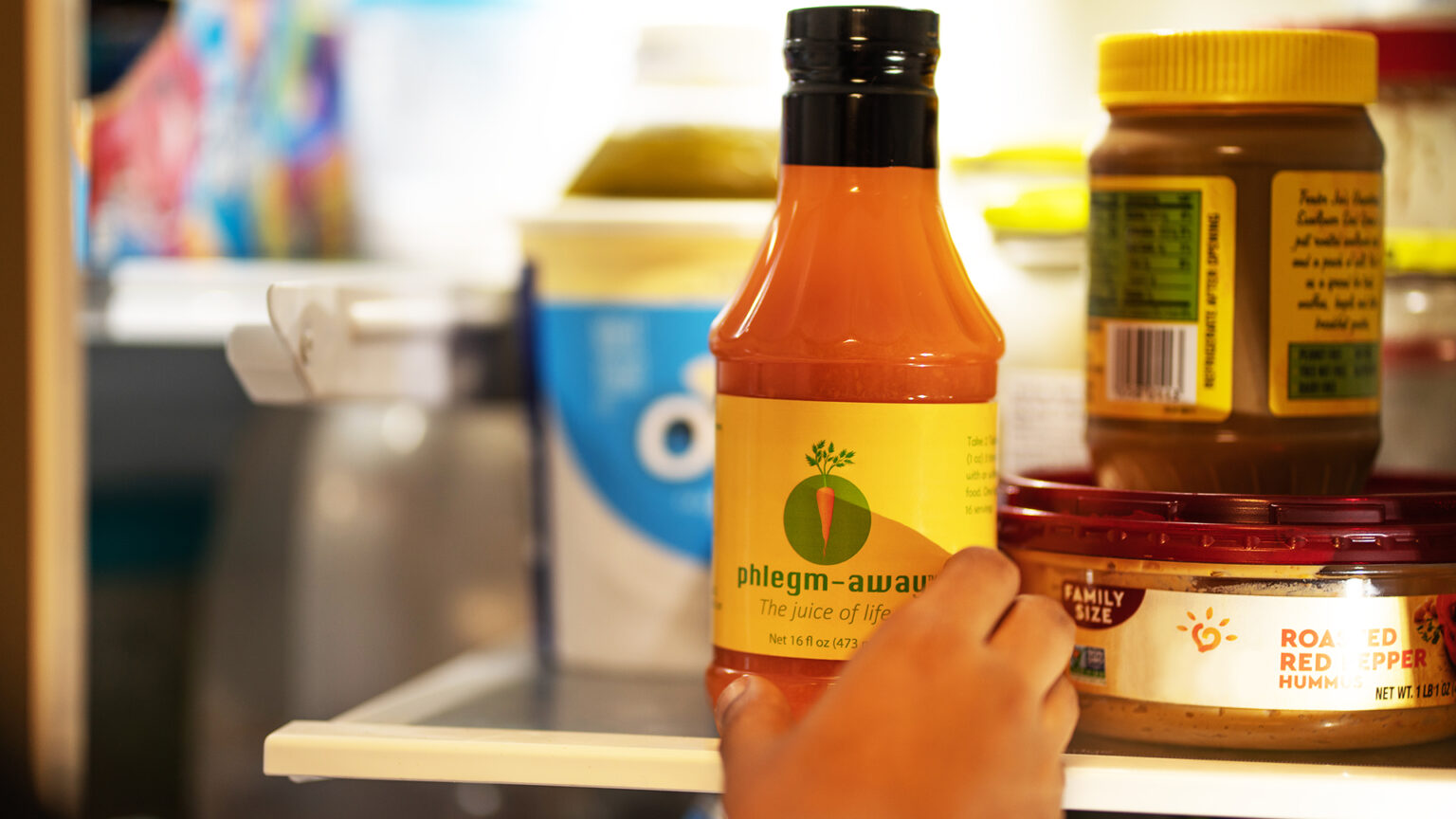 The original recipe was cooked up by a resilient athlete and former NFL #1 draft pick, Dr. Joe Profit. Why? Because through out his life, Joe wanted to provide his immune system with proper support. For many years he suffered respiratory issues due to an excessive buildup of phlegm/mucusâ€‹ â€‹in his body. He was diagnosed by several different doctors as having asthma, allergies, bronchitis, cold symptoms, even walking pneumonia. After having not one single reasonable diagnosis he resigned to the fact that he would have the condition for the rest of his life. While doing research for his third book “Health and Nutrition Transition- Retrain the Brain” he discovered the recipe for Phlegm Away. From His home-based kitchen, Phlegm-Away moved very methodically to a local farm and orchard to the marketplace.

The original recipe â€‹was â€‹handcrafted from â€‹a â€‹carefulâ€‹lyâ€‹ considered blend of carrot juice and herbsâ€‹. â€‹ â€‹The results â€‹were nothing short of a respiratory miracle for people looking for a way to support their immune system.

For the past few years, Dr. Profit has worked extensively in the field of health and wellness. As a result, he has developed several supplements one of which is a product that has a positive effect on the reduction of phlegm build-up in the human body ( (Phlegm-Away™).

Moreover, unless you are a professional football aficionado, it is unlikely that you've heard about Joe Profit. Most people  have one reaction when they hear the name Joe Profit: they think, "Can that really be his name?"

It seems all too fitting that one of the most prominent businessmen in America could have a surname that literally defines financial success. But Joe Profit's story is about much more than his success in the National Football League (NFL) and the business field, it is about success in all fields of his life including health and wellness.

Dr. Joe Profit is a well-known national and international personality thanks to his contributions in sports, business, multimedia, literary production, health and wellness and public speaking. In football, Joe was selected in the first round of the NFL draft as the seventh overall pick by the Atlanta Falcons.

A career-changing injury after the third game of his first season in the NFL  forced him to develop a new perspective on life's ever-changing realities and helped turn his focus away from the football field to different vocation and tasks.

In business, Joe's multimedia company (CII) was selected three consecutive times by INC. 500 magazine as one of the fastest-growing, privately held companies in America with sales over $100 million. Joe was also named Entrepreneur of the Year by Ernst & Young, one of the largest professional service firms in the nation.